It’s good and right for us, as Christian women, to take a stand against feminism and defend the truth. Out of love for the Lord and for our neighbor, we want to expose the lies that the world tells us about womanhood–that what they call the “freedom” to rebel against our Creator is, in reality, slavery to sin that leads to death.

We know this from experience. Some of you reading may be ex-feminists like me who once bought into that lie. But sin never delivers what it claims. It promises heaven but gives us hell.

My defiance against God did not give me contentment and joy. It only led to the chains of self-centered living and condemnation, as I ran further and further away from God. No matter how much I suppressed the truth, I knew deep down that I would be held accountable for my wickedness. I also knew that worldly pursuits and entertainments could not satisfy my soul. It wasn’t until the Lord saved me that I experienced true freedom in Him–freedom from my sin and the wrath I deserved, freedom to live out His beautiful design for me as His creation.

I’m sure if you’re a Christian, you have a similar story. We should certainly proclaim these truths to the world and testify to the gospel that has set us free.

But… is it true that sometimes, in our zeal and passion to defend biblical womanhood, we can make the error of promoting a pink-letter Bible?

Not a red-letter Bible that highlights Jesus’ spoken words, but a pink-letter one that isolates the passages directly addressing women and, unwittingly, minimizes the rest of Scripture that also speaks on womanhood?

I’m talking about passages like 1 Peter 3 (“wives, submit to your husbands…” and “gentle and quiet spirit”) and 1 Timothy 2 (“adorn yourselves in modest apparel” and “I do not permit a woman to teach or exercise authority over a man…”), which give direct, specific instructions to ladies in the church.

These exclusively-feminine imperatives in the Word are vital for understanding what it means to be a godly woman, but they are not the sum total of what it means–nor are they the most important!

Don’t get me wrong. It’s definitely necessary and good, especially in today’s age, to remind the world that being a wife and mother is beautiful, biblical, and part of God’s general design for most women.

We should also continually seek to grow in the virtues of modesty, meekness, and submission, displaying the characteristics of a godly woman as defined by His Word.

But we need to remember that the other passages–the ones that apply to every Christian, male or female, Jew or Greek, slave or free–contain the greatest message of all for women: the gospel.

WOMANHOOD IS FOUND IN CHRIST

I’m not intending to pin these passages against each other, as though they somehow contradict or don’t work together.

In fact, quite the opposite–the imperatives of how to be a Christian woman (the “pink-letter” verses) are the natural outflow of the indicatives (facts) of who we are as Christian women.

But we need to start with the latter, rather than the former.

In other words, we need to remember that our womanhood is not ultimately defined by the roles we’re given, nor by our performance–how good we are at being self-controlled, gentle, and submissive.

If we make the roles central to our identity, then we are bound to miss out on the point of the gospel. Single and/or childless women will feel inadequate, like they aren’t womanly enough, and be confused about their place in a church filled with “Proverbs 31 women.” Wives and mothers will be tempted to believe that their whole existence revolves around serving their husbands and children–taking a good thing, but making it into an idol.

On the other hand, if we make our performance central, we become works-focused rather than Christ-focused. We obsess over how we fall short of perfection and give in to discontentment and depression.

Worst of all, in both of these situations, Christ is dishonored. He alone deserves the central place in our identity as women.

That’s right. Being a woman of God is not primarily about being a wife and mother, or being quiet in church, or making clothes from scratch, or being a great cook.

It’s about having our trust in the Lord Jesus Christ.

It’s about being a Christian, through and through.

That’s why we need to keep those “gender-neutral” passages always first in our hearts– the ones that describe Christ’s atoning work on the cross, our salvation in Him by faith, the benefits and promises given to every believer, the encouragement that the entire church needs.

And that’s why, when the world proclaims, “This is what it means to be a woman!” we need to defend, not just the biblical roles and characteristics, but the identity of a godly woman–her union with Christ.

After all, our message to feminists is not “Go home and be a good wife and wear longer skirts and have lots of babies.”

Our message is, “Repent and trust in Jesus, and you’ll be free from sin, from wrath. Come to Him, the Bread and Water of life, and you’ll never hunger or thirst again.”

And yes, from that trust comes obedience. We should embrace and obey every passage of Scripture, including the ones that are directed toward us as women.

But let’s demonstrate daily that we don’t follow a pink-letter Bible of legalistically earning our womanhood through what we do. We follow the Word of God that liberates us into being who God made us to be–His children, in every stage and calling of life.

We are women, but we are Christians, above all. We’re never more womanly than when we are joyfully found in, and following, Him.

4 thoughts on “No Pink-Letter Bible” 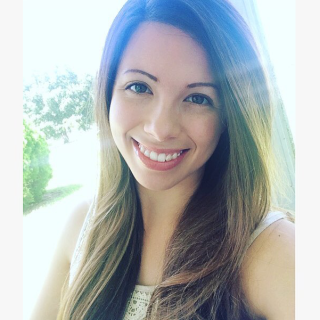